There are some rare items of ephemera associated with this publisher
We have included a selection of them below
As well as this page, we have also reproduced an issue of the Collins Crime Club Magazine 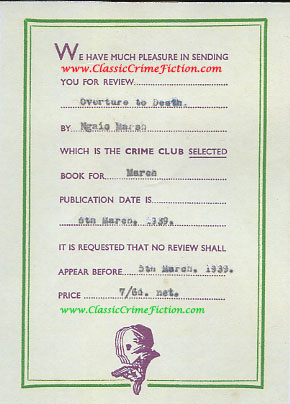 A 1939 Review slip for Overture to Death by Ngaio Marsh

Another but for April

As above but for July

And again, but November

A different, and very rare, format from 1938

Bands were not reserved exclusively for first editions 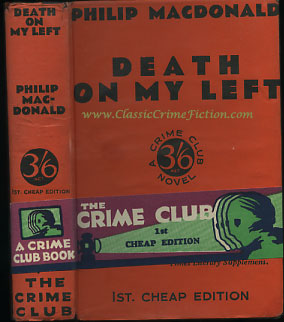 Postcards were laid loosely inside the books